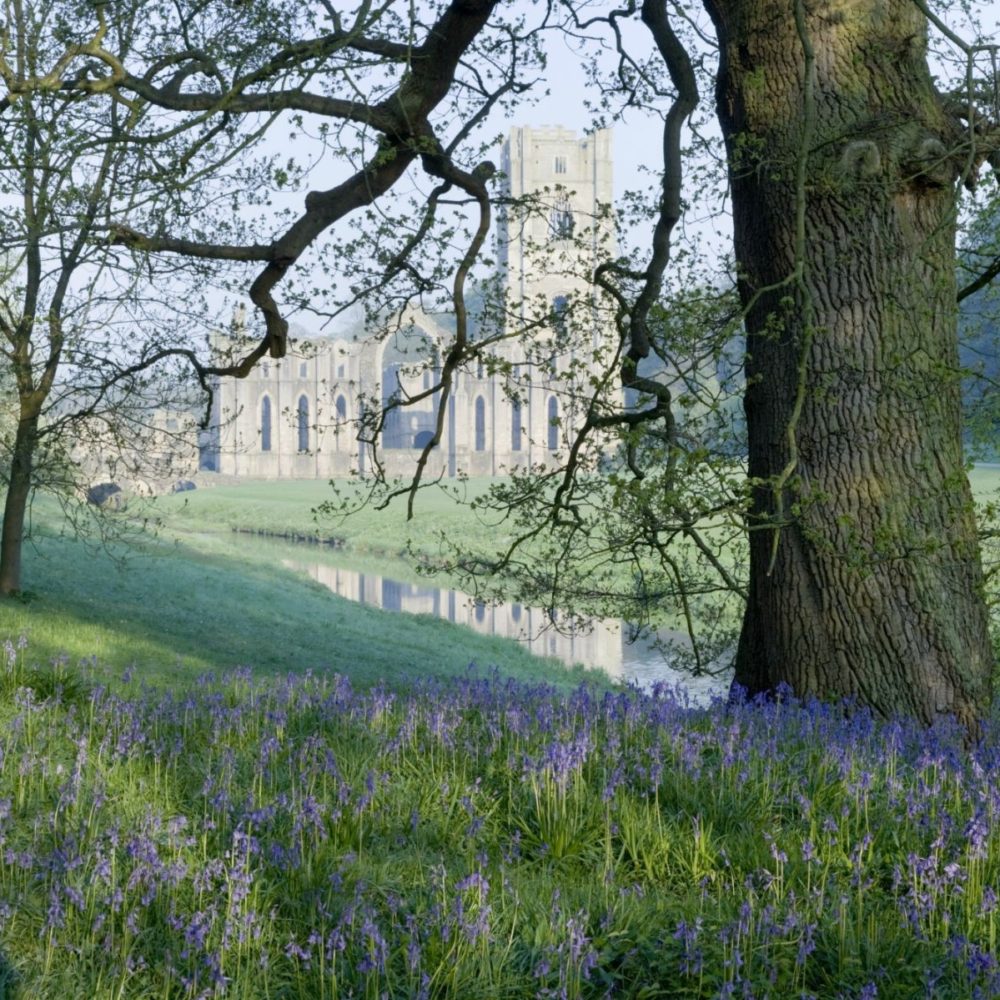 A pioneering project to revive an historic river valley and protect one of the world’s most significant cultural landmarks from the effects of climate change has been given the green light following a £1.4m grant from The National Lottery Heritage Fund. 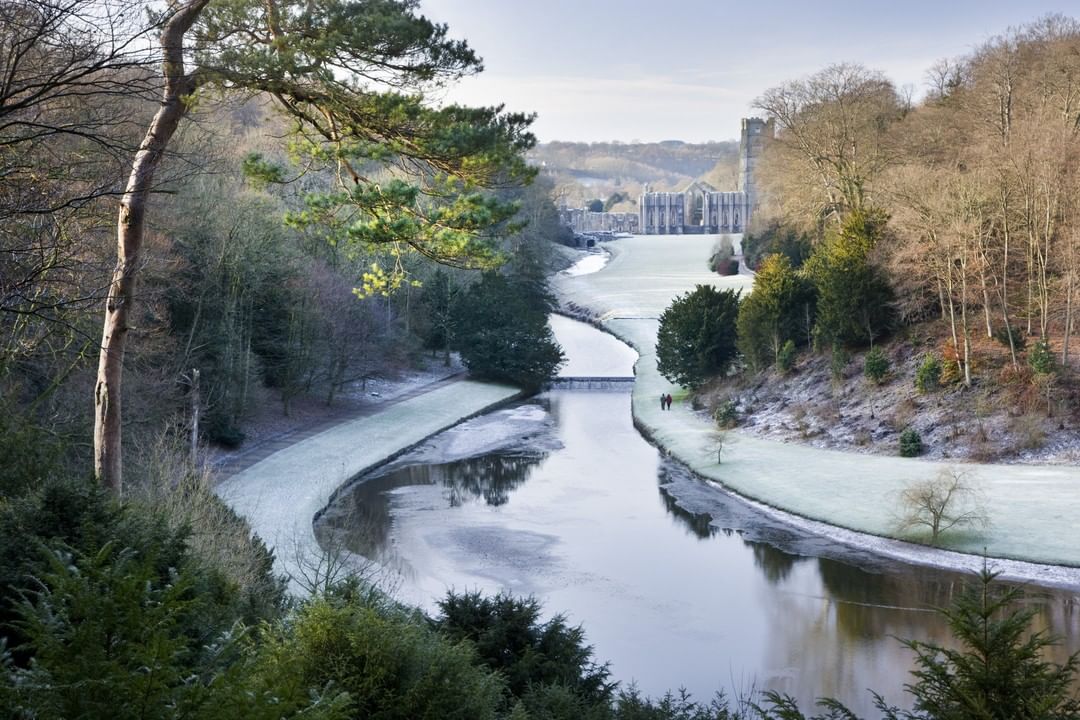 Fountains Abbey, near Ripon, North Yorkshire is at risk of being irreparably damaged by flooding, with several instances in recent years when the 12th-century ruins and water garden have been deluged by water.

Nearby homes and businesses have also been affected and the area’s wildlife is under threat from poor water quality driven by an increase in sediment in the river.

Work to protect the valley and its unique cultural and natural heritage will soon get underway as part of the Skell Valley Scheme, spearheaded by the National Trust and Nidderdale Area of Outstanding Natural Beauty (AONB).

The scheme aims to rejuvenate 12 miles of the River Skell by improving the landscape’s resilience to climate change, boosting the local economy and increasing people’s access to green space following the coronavirus pandemic.

The Skell takes its name from the Viking word for ‘resounding’, descending from Dallowgill Moor in Nidderdale AONB, through the UNESCO World Heritage Site of Fountains Abbey and Studley Royal, cared for by the National Trust, to the historic City of Ripon, traversing 6,000 years of human history along the way.

The lower stretches flow through arable farms, grasslands and the wooded banks of Hell Wath – the gateway to the valley.

Flooding in the north of England has increased in severity in the past 50 years and the risk is high in the Skell catchment. In 2007 a significant flood had devastating effects on the archaeology at Fountains Abbey, the globally important water garden of Studley Royal and downstream in Ripon.

Despite efforts to tackle the effects of extreme weather, flooding and silt-build up continue to threaten the valley’s heritage and ecology.

But now, thanks to support from The National Lottery Heritage Fund and other funders, including the European Regional Development Fund [5], work to protect the landscape will begin at scale. The four-year scheme, which has been under development for several years, is estimated to cost £2.5m and will involve local partners, landowners, farmers and volunteer groups.

Efforts to reduce flooding will include tree planting, meadow creation and new ponds, which will reduce soil run-off and slow the flow of water. Farmers will be rewarded for delivering conservation measures and support offered to local businesses to invest in and influence how land is managed.

The plans will boost wildlife in the valley, and it is hoped that populations of rare species such as curlew, white-clawed crayfish and golden plover will increase.

Communities will take an active role in the scheme with opportunities to learn conservation skills and undertake archive research.

Other priorities include bringing to life ‘lost’ heritage sites along the course of the river, including researching a sulphur spa used by visitors 200 years ago and restoring the landscape at Eavestone Lakes, another stop on the 19th-century tourist trail.

Plans are in place to open up the wider Skell Valley and address the barriers people face in accessing the countryside. Organisers will create new walking trails and improve signs and information while local people will have a chance to learn drystone walling, wildlife and river monitoring and hedge laying.

Much of this work will take place in Nidderdale AONB. The nationally protected landscape is home to important habitats and rich in wildlife, with many sites designated for their local, regional or international importance.

“This is a significant marker in the history of this fascinating valley – and an important moment for the Trust. Climate change is eroding away nature and heritage and only by working across our boundaries, with local people and partners, and with nature, will we be able to make a real difference. We’re incredibly grateful to The National Lottery Heritage Fund. It’s fantastic to have their support, especially at a time when local economies have been hit so badly by the pandemic and access to green space has never felt more urgent.”

“We’re delighted that The National Lottery Heritage Fund has given us this support. Through the Skell Valley Project, we’ll be able to trial innovative approaches to pressing issues such as climate change, flooding and land management.

We’ll work closely with local farmers and landowners across the Skell Valley to put in place nature-based solutions that will reduce flooding and improve biodiversity in and around the river. We’re looking forward to working with the sixteen organisations that make up the Skell Valley Partnership. The Partnership, together with people from across the area, will enhance the Skell’s natural environment, reveal more of the beautiful Skell Valley and provide greater access for people to visit this wonderful part of Yorkshire.”

As a major investor in heritage including nature and landscape, The National Lottery Heritage Fund has a significant role to play through the projects we fund. That’s why we are delighted to support this project, and work alongside the National Trust, Nidderdale AONB and their partners to protect and restore the Skell Valley.”

“Through our conversations with National Lottery players, we know that nature is incredibly important to them. Landscapes and nature form the bedrock of our culture and heritage, improving wellbeing, sparking curiosity, and protecting and providing for the communities surrounding and inhabiting them. With climate change continuing to put our natural world under intense pressure, projects like this have never been more important in safeguarding our natural heritage for generations to come.”