Explore Illuminated River – a new public light artwork for the bridges of the Thames.

Illuminated River is an ambitious new art commission for London that will eventually light up 14 bridges along the Thames in central London.

Once complete it will be the longest public art commission in the world at 2.3 miles in length – spanning 4.5 nautical miles between Albert Bridge in the west and Tower Bridge in the east.

Conceived by internationally-acclaimed artist Leo Villareal and British architectural practice Lifschutz Davidson Sandilands, and delivered by the Illuminated River Foundation, the artwork has been sensitively developed, paying attention to heritage, wildlife and the built environment to create something exceptional – a transformation that celebrates the role that the Thames bridges play in the enduring global identity of London, and encourages people to enjoy the river and riverside at night.

Read more about the Illuminated River project via their official website.

Leo Villareal follows in the footsteps of generations of artists who have been inspired by the Thames, using the latest connected LED lighting to ‘paint with light’, and drawing on colours influenced by the palettes of Impressionist and English Romantic painters.

Explore the first four Bridges, and the next installations to be completed in Winter 2020.

The first four bridges – London, Cannon Street, Southwark and Millennium – are now lit up in a unified vision, with LED sequences subtly unfolding across their structures.

The realisation of the project has involved a unique collaboration of London’s creative talent, statutory bodies and local communities and will leave a lasting legacy for the capital in the form of a dynamic public artwork, refocusing and celebrating the Thames bridges as social, historical and architectural landmarks.

Discover the London bridges included in the Illuminated River Project 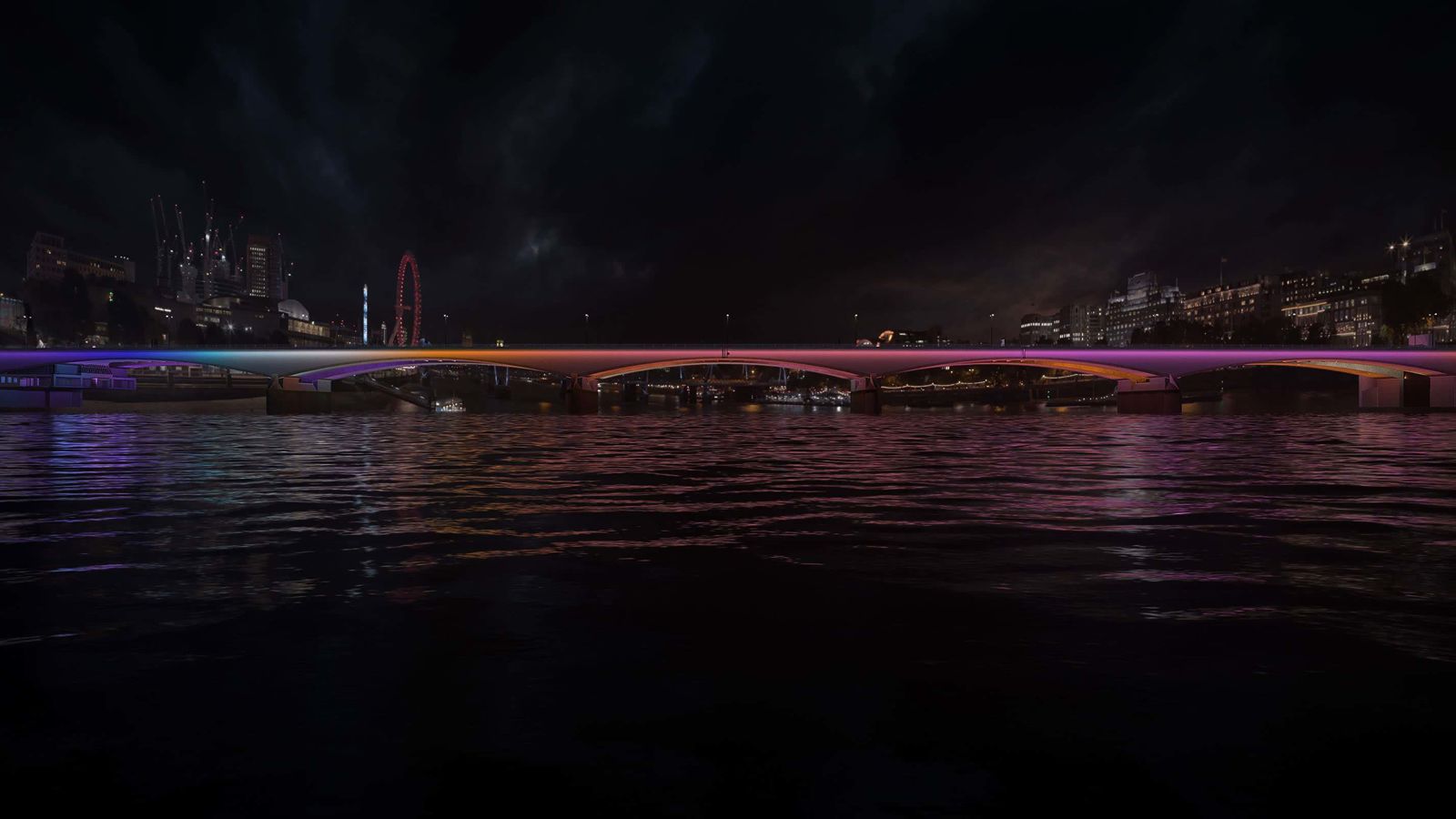 Protecting and promoting the heritage of London’s river

Illuminated River celebrates the artistic and engineering heritage of individual bridges while harmonising with the lighting of riverside landmarks including St Paul’s Cathedral and The Tower of London. When complete it will include Westminster and Tower Bridges, which lie within sight of World Heritage Sites of the Palace of Westminster and the Tower of London respectively.

Over a billion people will see the artwork during its 10-year lifespan. Illuminated River’s broad programme of public events and activities is designed to further engage communities and visitors with the heritage and ecology of the Thames and its historically important riverside public realm. Events are wide ranging in scope, including educational talks, walking tours, boat tours and musical concerts.

Promoting a sustainable city through innovation

Illuminated River’s smart LED technologies will replace the current outdated and inefficient lighting on the bridges, providing a more long-term sustainable solution. By removing metal halides and halogens, and employing energy efficient LEDs with custom fittings, it will reduce current energy consumption as well as direct light spill onto the river, providing a better environment for Thames flora and fauna. While the former lighting on the bridges ran all night, from dusk until dawn, Illuminated River will be switching all the lights off at 2am as an encouragement to others to do the same, and to protect the darkness that is also fundamental to the Thames.

Read more about the Illuminated River's commitments and engagements in London

A collaboration between the Illuminated River Foundation and the Guildhall School of Music and Drama.

Illuminated River has worked with VocalEyes to create audio descriptions of the artwork for the blind and partially sighted.

“From the Fourth Plinth to Art on the Underground, our city has a rich heritage of showcasing public art, and I am delighted that Illuminated River is bringing more free and accessible artwork to Londoners. The Thames has played a key role in the growth and development of our capital for centuries, and this unique artwork will help Londoners and visitors see it in a whole new way. The Illuminated River will celebrate the unique architecture and heritage of our bridges, showcase creativity, boost life at night and transform the way we think about the Thames.”

The her­itage of the Thames and its bridges