We monitor legal instruments the UK has ratified as a member of UNESCO, work with leading experts to advise the UK and devolved governments on UNESCO programmes and support UNESCO designations in the UK. 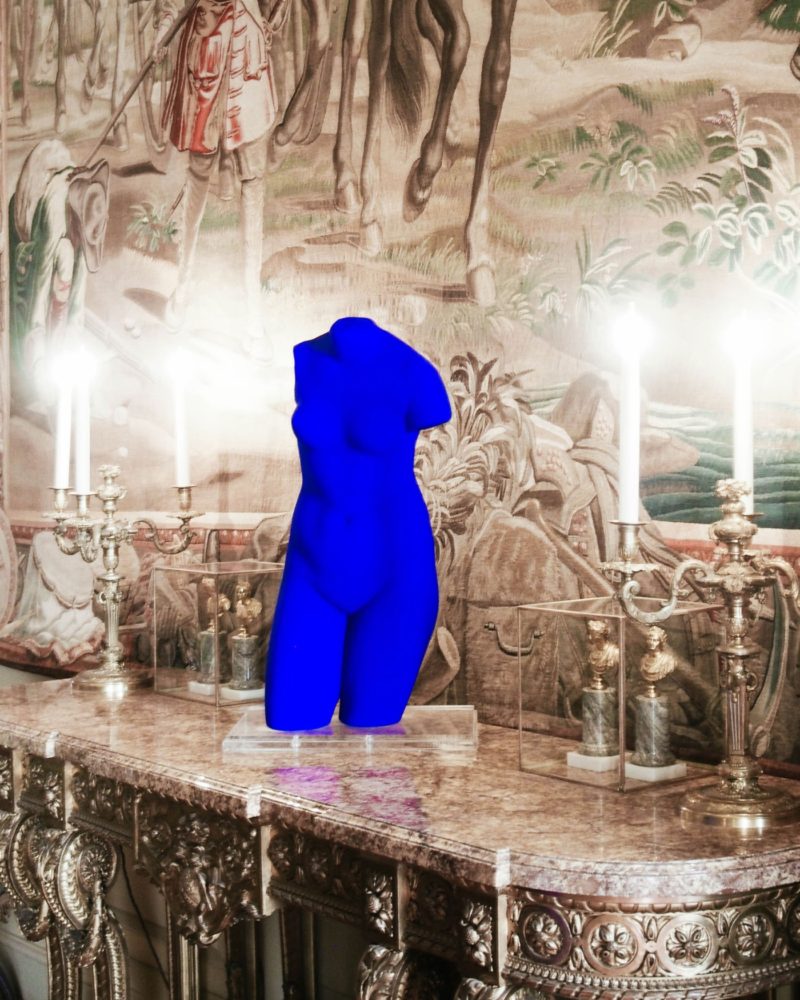 ‘Culture has a fundamental role to play in rising to the challenges of our century. In the face of global fractures, and the paralysis of some institutional platforms, it is a common language that breaks down barriers’

UNESCO is the only United Nations agency with a specific mandate for culture and heritage. Culture is unique in its ability to anchor people’s feelings and beliefs to the land in which they live, and to the communities to which they belong. It has the power to transform individuals and societies. UNESCO’s role is to protect heritage and to foster creativity, through advocacy, normative frameworks and promotion of active engagement on the ground. At the highest level, this means promoting the importance of culture in an international context, both culture for its own sake and in relation to sustainable development.

Since 1945, UNESCO has been setting international agreements to guard against the numerous risks and dangers threatening cultural heritage, such as war, political, ethnic and religious conflict, looting, theft, illegal export and import, illicit trafficking of cultural property, deterioration, neglect, destruction of or alteration to heritage, pollution, and disappearance. UNESCO’s frameworks help to conserve and protect the world’s cultural property including books, art and monuments for the benefit of current societies and future generations.

Through its Conventions and programmes UNESCO also seeks to strengthen and protect creativity and cultural pluralism. Through its membership of UNESCO, the UK’s culture and heritage join and contribute to humanity’s global story.

Discover our role in culture and browse our culture programmes below

UNESCO establishes an international normative framework through its Conventions, Recommendations and other agreements

UNESCO establishes international standards and frameworks through its Conventions, Recommendations and other agreements.

At the heart of UNESCO’s legal framework in the sphere of Culture lies a suite of Cultural Conventions and Recommendations. Together they establish a robust international framework for protecting culture and promoting participation and therefore laying the foundation for sustainable development. This legal framework is complemented by programmatic initiatives including the UNESCO Creative Cities network, in which UK Cities play an active part.

Signed in the wake of the massive destruction of cultural and historical objects and monuments experienced across the globe during the Second World War, the Convention protects immovable and movable cultural heritage.

The decision to adopt this convention was a borne out of the increasing number of thefts from archaeological sites, collections and museums in the second half of the 20th century.

The Convention sets out the need to protect each Member States’ national heritage as well as its properties inscribed onto the World Heritage List and is the most publicly well known of any of UNESCO’s initiatives.

Through the 2005 Convention for the Protection and Promotion of the Diversity of Cultural Expressions, the international community recognised the dual nature, both cultural and economic, of contemporary cultural expressions produced by artists. This recognition is essential, given the centrality of cultural and creative industries to inclusive economic growth.

The role of culture in addressing sustainable development challenges is now established. Culture is at the heart of supporting inclusive social development, fostering intercultural dialogue for the rapprochment of culture.

Since 1946, the UK National Commission for UNESCO has been ensuring the UK’s leading specialists, intellectuals and academics are contributing to and shaping UNESCO’s culture mandate. We also advise the UK and devolved governments on policy relating to UNESCO’s culture activities. This advice ensures the UK Governments are adhering to the text of these legal instruments by fulfilling their obligations and promoting their aims and intentions within the UK.

UNESCO’s new Recommendation on protecting documentary heritage including in digital form is a valuable advocacy and communications tool.

UNESCO’s new Recommendation on protecting documentary heritage including in digital form is a valuable advocacy and communications tool.

Our 🗂️ Case Studies for #Culture

We work with experts across the UK who support UNESCO’s global mission to build peace in the minds of men and women.

Our Experts are pro-bono specialists who help to advise the UK and Devolved Governments on policy relating to UNESCO’s programmes.

Our Accredited Experts have an official role representing the UK in UNESCO Committees, Commissions and Programmes. They also work with us and the UK Permanent Delegation to UNESCO based with the Foreign, Commonwealth and Development Office in London and Paris, to advise the UK and/or devolved governments on UNESCO related matters.

The UK’s portfolio of UNESCO cultural sites and activities are some of the most visible of UNESCO’s programmes, and work to promote our culture and preserve it for generations to come.

We see tangible links to our living past within each day, through our places of worship, museums and architecture. Documents and images recollect and recreate the experiences of past generations linking the communities of the present to those that have gone before.

People also experience culture constantly through the music that they listen to, the language they speak, the food that they eat, oral traditions that are passed down through generations and the festivities they take part in with their neighbours and their families. This heritage creates continuity and cohesion for those disrupted by change, economic instability and can be carried across great distances.

The four nations of the UK and its Overseas Territories and Crown Dependencies have a vibrant network of UNESCO culture projects that are working with like-minded people around the world to foster and create peace.

Implementation of the 1954 Hague Convention and Protocols 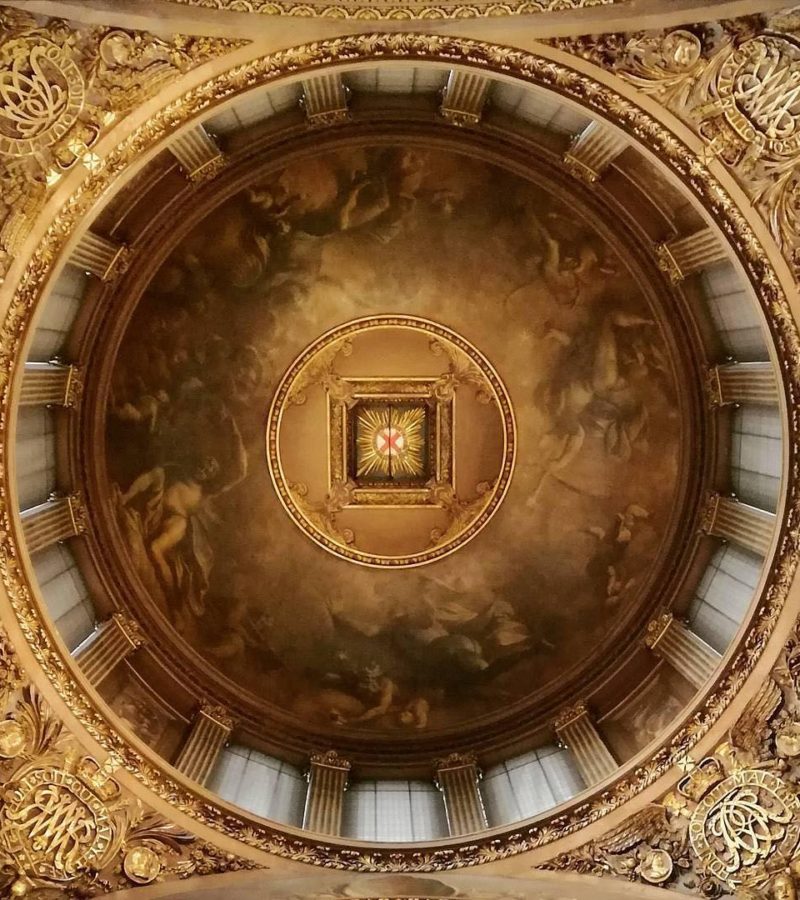 The UK’s cultural and natural heritage is represented by 33 UNESCO World Heritage Sites which serve as reminders of our past from every era from the Neolithic to the 1950s. They span the breadth of all four constituent nations of the United Kingdom and across its Overseas Territories and Crown Dependencies. The UK is also host to 11 UNESCO Creative Cities which show us the power of the UK’s creativity as a force for economic and sustainable development.

🏺   Explore our #Sites of culture

The UNESCO World Heritage Site in Orkney is home to some of the most important Neolithic monuments in Northern Europe which testify to the 4000 year old ceremonial, funerary and domestic components of cultural traditions.

In Dundee, culture and innovation lie at the centre – quite literally. Having grappled with serious post-industrial challenges such as depopulation and job loss, the city has been embracing creativity to boost its economy and enhance public well-being.

The Charles Booth Archive at the Library of the London School of Economics and Political Science offers unparalleled insights into social and economic life in Victorian London.

England’s only Natural World Heritage site covers 95 miles of beautiful coastline and boasts a richness unparalleled in the country of fossils and other geological features.

NEWS FROM OUR CULTURAL SITES

The UK National Commission collaborates on, and endorses projects that enhance, promote and preserve the culture in the UK, both past and present.

Illuminated River is an ambitious new art commission for London that will eventually light up 14 bridges along the Thames in central London.

A global conference and brief report series exploring how best we can utilise cultural heritage to achieve the UN’s 2030 Sustainable Development Goals.

NEWS FROM OUR CULTURAL PROJECTS

Since it was established, the UK National Commission for UNESCO has worked in partnership with likeminded organisations and colleagues to help promote and enhance visibility of our Culture, as well as working together to tackle challenges.

Established in 2002, Heritage Alliance is a coalition of over 130 independent heritage organisations in England. It advocates on behalf of its members and represents broader heritage issues to government and decision-makers.

NEWS FROM OUR PARTNERS

UNESCO Prizes in culture are prestigious awards addressing global issues and themes, which are conferred on individuals or organisations by the Director-General for UNESCO upon recommendation by an independent and international jury. They each carry a high symbolic value, and are awarded with a substantial monetary award.

The UNESCO-Sharjah Prize for Arab Culture rewards two laureates each year. To be successful, the individuals, groups or institutions must have contributed significantly towards the development, dissemination, and the promotion of Arab culture in the world.

UNESCO-Jikji Memory of the World Prize
PRIZE – SINCE 2004
#Prize

The Prize rewards individuals or organisations for outstanding efforts towards the preservation and accessibility of documentary heritage.

BLOGS FROM OUR CULTURAL PRIZES

Since 1946, the UK National Commission for UNESCO’s role is to ensure the UK’s leading specialists, intellectuals and academics are contributing and shaping UNESCO’s science manadate. We also advise the UK and Devolved Government on policy relating to UNESCO’s scientific activities. This advice ensures the UK Government is adhering to the text of these legal instruments by fulfilling its obligations and promoting their aims and intentions within the UK.

The World Day for Audiovisual Heritage (WDAH) is a commemoration of the adoption, in 1980 by the 21st General Conference, of the Recommendation for the Safeguarding and Preservation of Moving Images. The World Day provides an occasion to raise general awareness of the need to take urgent measures and to acknowledge the importance of audiovisual documents.

World Poetry Day is the occasion to honour poets, revive oral traditions of poetry recitals, promote the reading, writing and teaching of poetry, foster the convergence between poetry and other arts.

Proclaimed by the 38th session of the General Conference of UNESCO (November 2015), African World Heritage Day (5 May) is an opportunity for people around the world, and particularly Africans, to celebrate the Continent’s unique cultural and natural heritage.

NEWS FROM OUR CULTURAL INITIATIVES

Discover #All our UNESCO Programmes