Chair in Cultural Property Protection and Peace at Newcastle University

With this in mind, it is appalling that heritage is frequently damaged and destroyed in armed conflict, sometimes on purpose. The UNESCO Chair team at Newcastle tries to reduce this damage by working with the heritage, military, and humanitarian sectors to plan to conserve heritage during peacetime, as well as ensure its protection during conflict and following natural disaster. 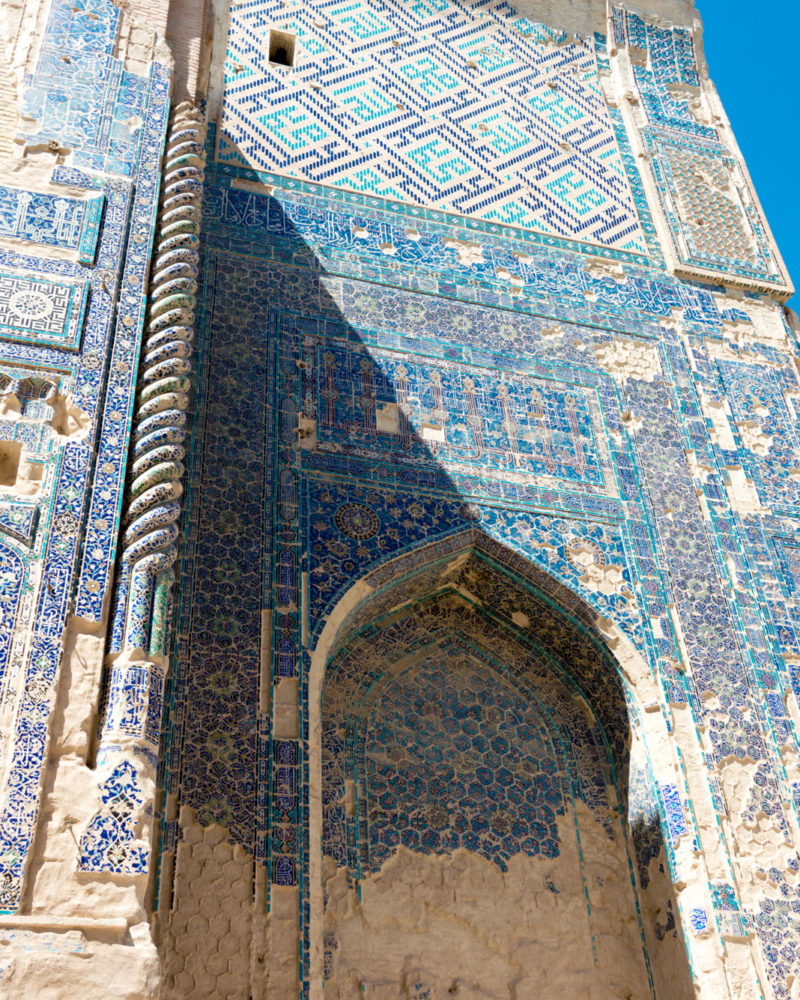 “The protection of people is inextricably linked to the protection of their heritage; they are indivisible parts of the same whole. Through the UNESCO Chair we are beginning to take small steps towards the acceptance of this by politicians, the military, and the humanitarian sector.”

UNESCO Chairs are based within Institutes for Higher Education and specialise in specific research fields. They provide policy advice to relevant section of UNESCO in Paris and globally, the UK National Commission for UNESCO and HM government, as well as reviewing UNESCO applications.

One of the main objectives of the Chair is to establish an effective advisory body to UNESCO on heritage protection during conflict. In order to effect the necessary perspective change towards heritage protection, Peter and his team have worked to develop close relations with both national and multinational armed forces, including NATO. They also work with the humanitarian sector in order to encourage the idea that the protection of people cannot be achieved effectively without protecting their heritage as well.

In 2016/17 Peter advised Ministers, Members of both Houses of Parliament, and civil servants on new internal legislation to enable the UK to ratify the 1954 Hague Convention on the Protection of Cultural Property in the Event of Armed Conflict and both its Protocols of 1954 and 1999. The Hague Convention is the primary piece of international humanitarian law relating to protecting heritage during conflict and so this was a monumental achievement.

“The chair is heavily involved in supporting the development of the international NGO the Blue Shield, an advisory body to UNESCO on the protection of cultural property in the event of armed conflict. Highlights of this work have included Blue Shield signing agreements with both NATO and the International Committee of the Red Cross – both huge steps forward acknowledging the importance of protection heritage during armed conflict.

ABOUT THE CHAIR’S RESEARCH

Peter has published widely on heritage management, interpretation and education; however the majority of his current research relates to the protection of cultural property during armed conflict. Having realised over fifteen years ago that changes needed to be made to the Ministry of Defence’s approach to cultural heritage, Peter began researching further into the pitfalls and potential solutions to global heritage preservation.

It became apparent, that for heritage to be protected by the government and military, it would have to be understood as a political and military issue. Not just for its own inherent value, but because it was valuable to them for their own reasons. Peter subsequently formulated a “Four Tier Approach in the Protection of Cultural Property” for the journal the British Army Review, leading directly to the establishment of the UK’s Joint Service Military CPP Unit which should become fully operational in 2021. His findings have also provided the core academic basis for Blue Shield International’s strategy. 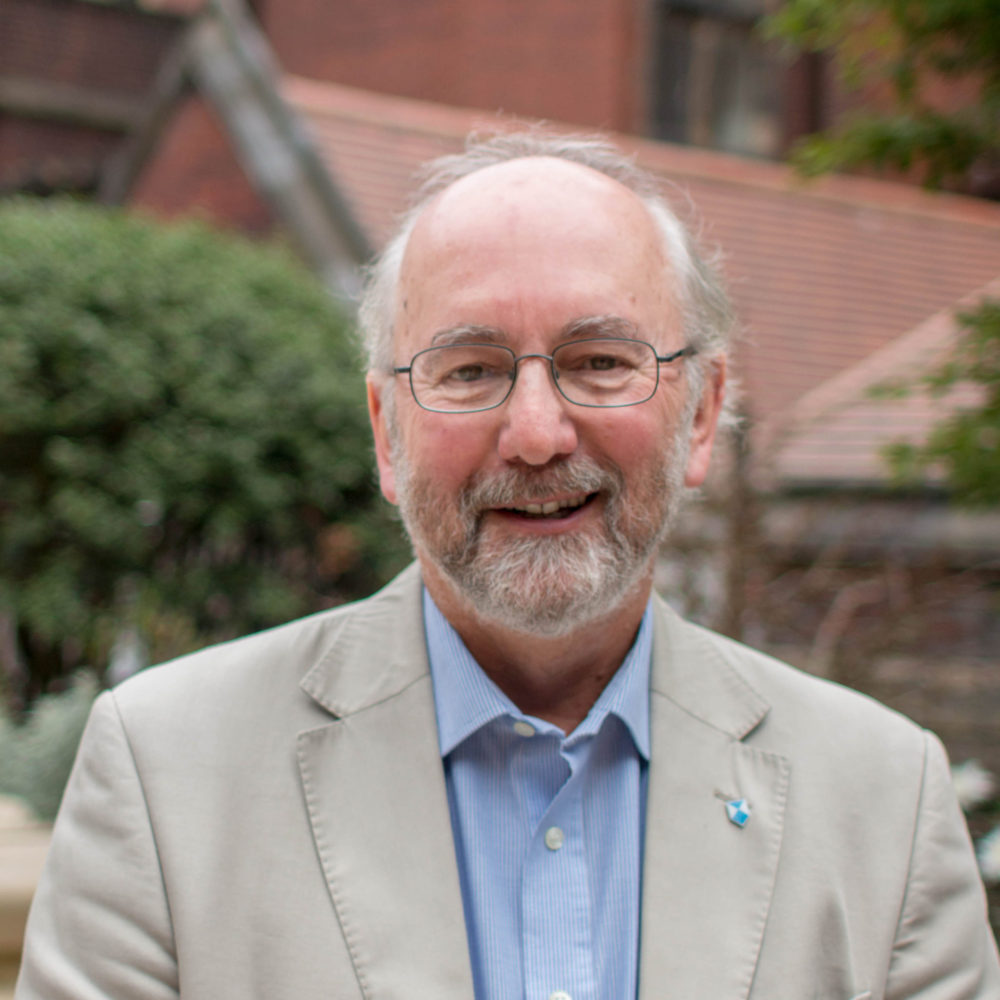 As Professor of Heritage Studies, Peter Stone specialised in heritage education and management. In 2003, a few weeks before the USA and UK-led coalition invaded Iraq, he was asked by the UK Ministry of Defence to help identify and protect the archaeological cultural heritage in Iraq. Unfortunately, in his words, “he was the wrong person, approached far too late, for anything he might do to make any real impact”.

Professor Stone therefore realised that if someone didn’t do something then cultural heritage would be a constant, perhaps increasingly deliberate casualty of armed conflict. As a result, the UNESCO Chair in Cultural Property Protection & Peace was established in 2016, and Peter is now Chair of the UK Committee of the Blue Shield as well as Vice President of Blue Shield International.

Read about the work that Peter does with Blue Shield, and more.

To find out more about the work of Blue Shield, take a look at their action plan now that the 1954 Hague Convention for the Protection of Cultural Property in the Event of Armed Conflict has finally been signed by the UK.

Peter and his colleagues have been instrumental in convincing humanitarian organisation The Red Cross to understand the importance of cultural heritage.

With his vast experience as an historian and archaeologist, Peter has worked to discover and preserve snippets of time throughout his career. Read some of his work below.

“The seven risks to cultural property in the event of armed conflict.”
2019
#HeritageAtWar

Here, Peter outlines the steps that the CPP, Cultural Property Protection unit of the British Army, must take in order to reduce and/or prevent the complete damage of monuments and cultural sites during war.

“The Protection of Cultural Property in the Event of Armed Conflict: Unnecessary Distraction or Mission-Relevant Priority?”
2018
#NATO

As explained in the abstract, ‘whilst there has been widespread consideration of how to protect communities, their heritage has not received the same consideration’. Here, Peter and colleagues justify the necessity of preserving culture during war, as both a an act of humanity and an act of strategy.

When everyone’s culpable, is anyone guilty?
2012
#ArchaeologicalEthics

Here, Peter explains how British archaeologists and the British Army lost confidence in one another after the Second World War, how this impacted the Iraqi war looting of 2003, and where we can go moving forward.

“The academic and practical work of Stone and his UNESCO Chair team has provided Blue Shield with the credibility to sign formal agreements with NATO and, unthinkable until Stone laid the foundations, the International Committee of the Red Cross. The positive impact of Stone and his team on the Blue Shield has been immense”.

Meet the rest of the UK Chairs.

Led by Professor John Shawe-Taylor, the Chair’s team is developing a series of research projects delivering AI that can improve health and education, reduce inequality, and spur economic growth

The UNESCO Chair in Archaeological Ethics and Practice in Cultural Heritage is hosted by the Department of Archaeology at Durham University and held by Professor Robin Coningham.

Explore all of our Chairs
#ExpertNetwork

Are you interested in becoming a UNESCO UK Expert or Chair? Find out more below

Chair in Water Science at the University of Birmingham