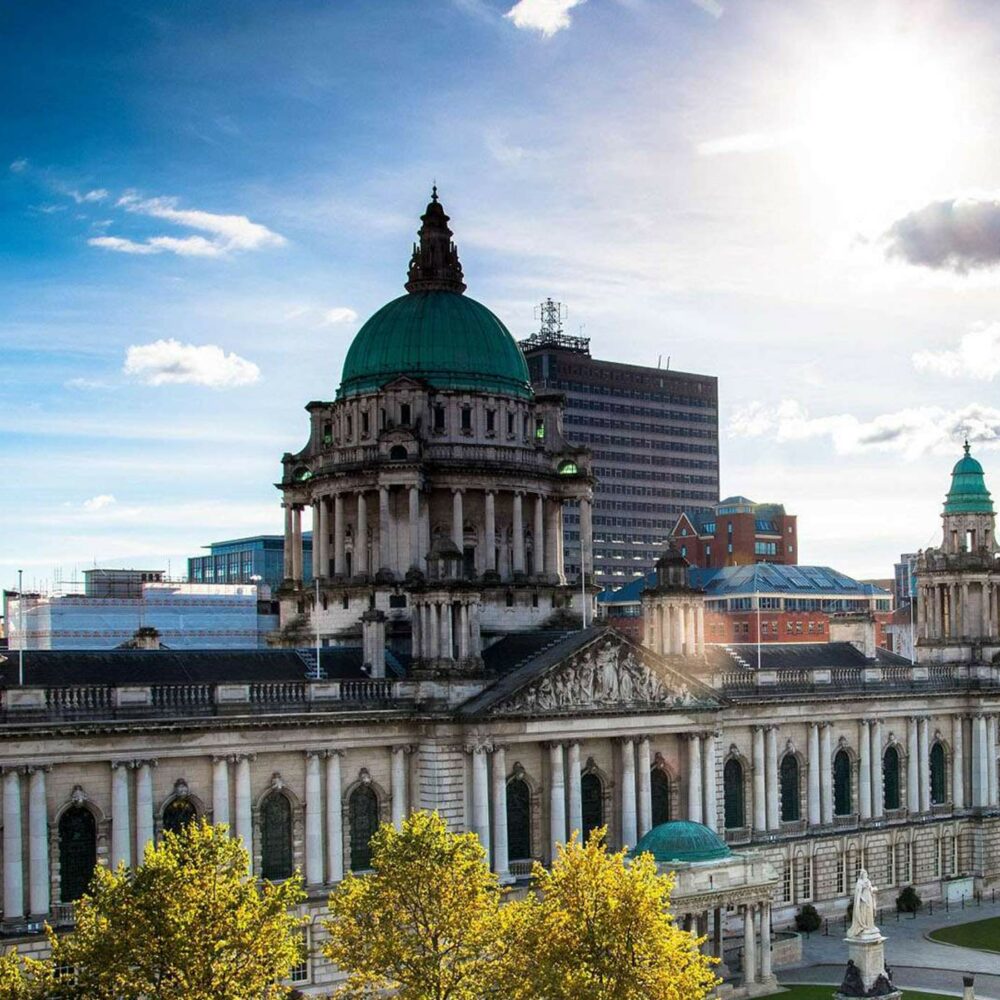 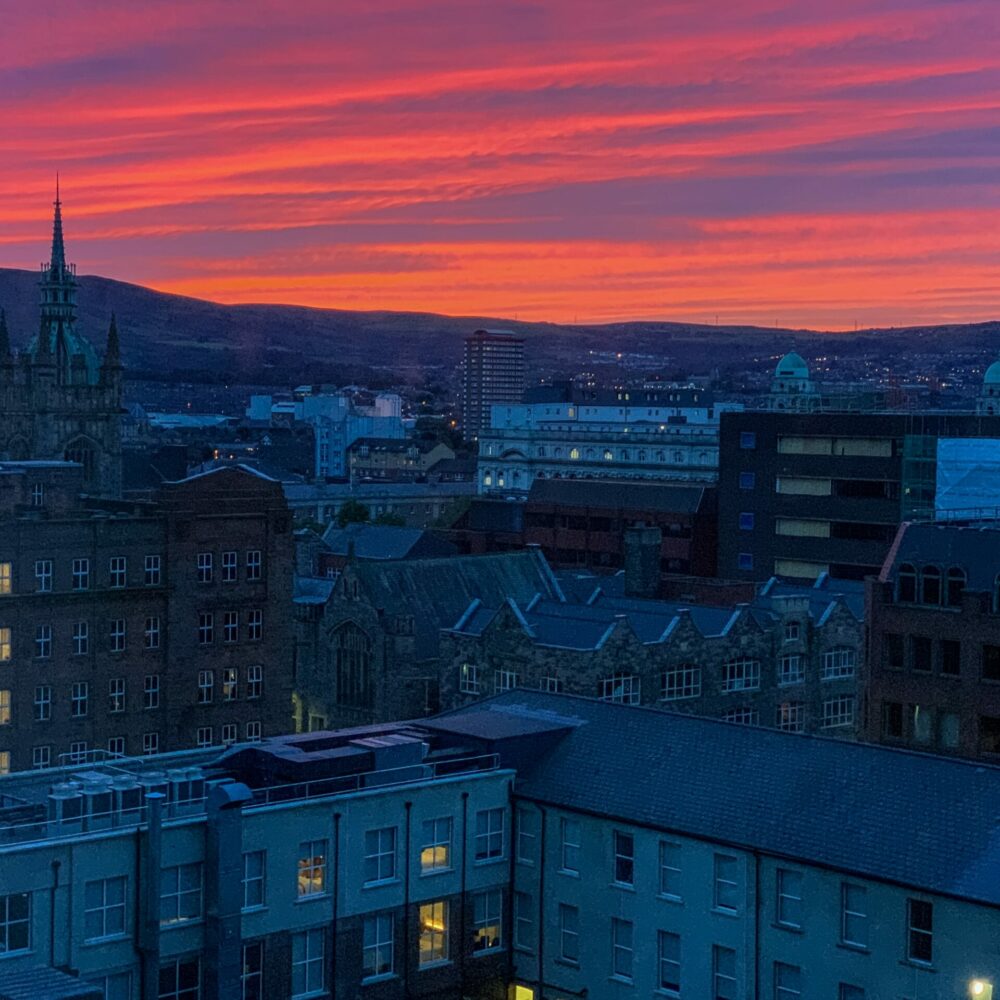 Belfast has been awarded the coveted City of Music status by UNESCO celebrating the city’s rich musical heritage and recognising the importance of music to its future.

Discover more about what music means to Belfast

Belfast is only the third city in the UK to be given the honour with Liverpool receiving it in 2016 and Glasgow in 2008. Prior to the awards announcement today, there were 39 Cities of Music forming part of the prestigious UNESCO Creative Cities Network.

Snow Patrol’s Gary Lightbody and Emmy-nominated composer Hannah Peel have been appointed official Belfast Music patrons, having supported and committed to the delivery of the Belfast bid, which was led by a City of Music Steering Group and submitted by Council following extensive engagement and partnership work.

Lord Mayor of Belfast, Councillor Kate Nicholl, said: “We are thrilled and honoured that Belfast has been bestowed the prestigious UNESCO City of Music title and to have Gary Lightbody and Hannah Peel on board as official patrons. This is wonderful news for Belfast!

“Belfast is proud of its music culture. Creativity and resilience are in the very fabric of our city and our people. Last April, we launched a 10 year cultural strategy which will see a ‘year of culture’ in 2024. The UNESCO accolade is the perfect way to kickstart these plans, much of which revolves around music.”

Belfast’s UNESCO journey began in 2017 when the Council asked 20,000 people – ‘What does home mean to you?’ It emerged that for many, home is an emotional connection – a sense of belonging and within those responses, music was a recurring theme.

When Council announced its decision to work in partnership with both private and public sector partners to apply for the UNESCO designation, it was much more than a title – it became an opportunity to open a new era of collaboration between the city, citizens and music communities, both locally and globally. It also acted as the catalyst to encourage continued music innovation, connected thinking and co-operation.

Over the next few years now, Belfast – as a holder of the title – will deliver a series of high profile music events, aim to build its infrastructure to further support music creators, and will see music woven into public spaces and places to ensure the power and benefits of music can be felt by all who live, work in or visit the city.

Congratulations to Belfast, the newly designated UNESCO Creative City of Music! Throughout its history, the city has nurtured diverse music scenes and acts, from harpists to counter-culture punks, to rock, ravers and outstanding traditional music. There is more and more talent emerging. Belfast is now part of the UK UNESCO Creative Cities family and represents the UK music scene globally, along with Liverpool and Glasgow, the two other UK Creative Cities of Music.

Belfast’s commitment to creativity as a source and direction for sustainable development will be internationalised through the Global Network of UNESCO Creative Cities and its contribution to the Sustainable Development Goals. It’s also timely, with the COP 26 UN Climate Change conference about to begin in a sister City of Music.

We are heading towards the concluding celebrations of UNESCO’s 75th anniversary year in November, after its founding in London in 1945. UNESCO’s aim of building the defences of peace in the minds of women and men by building understanding between countries and people is more relevant than ever. It’s great to see Belfast as part of this movement.

“Music is woven into the DNA of Belfast. We have so many incredible bands and artists – and more every single year. I’ve watched in these last 25 years of relative peace the music scene grow and then thrive and now burst at the seams with fearless and limitless talent.

“I would put Belfast now, without bias (or at least with as little bias as possible) at the level of one of the great music cities in Europe. We have all fought hard for our culture to thrive and the results are so plain to see. Belfast’s heart beats fervidly with music. Being designated as a UNESCO City of Music would honour the gargantuan effort that the entire music scene has made to help raise Belfast up and out of the darkest of times.”

“Belfast is an alive, vibrant and a musically powerful city. Now is the time to celebrate those that are making a difference in music, in culture. We are so much more than just Van Morrison and The Undertones, there is female empowered punk, new wave, Brit nominated EDM, jazz and an abundance of classical music that runs through the veins of this city and yet to the wider world, it is all unheard of, underground, eclipsed by its past but still supplying a pulse and vibrancy that needs to be lauded for the future.”

I am thrilled by the announcement that Belfast has joined the UK family of UNESCO Creative Cities, which includes cities across the breadth of the UK.

Belfast has an outstanding musical heritage, being the home of some of the best performers across all genres, venues and festivals the UK has to offer. As a city, it offers musical education for all levels, research and employment opportunities for many thousands of its citizens, along with its famous traditional music to be found in pubs, bars and community settings all over Belfast and attracting many participants all year round.

The UK National Commission for UNESCO congratulates Belfast and looks forward to its new status as a UNESCO Creative City further enabling Belfast to have Music at the heart of its plans for the future, as well as spreading the story of music in Belfast around the world.