Cities for Our Future Winner Announced

What is the Competition?

The Cities for our Future competition set students and young professionals the challenge of coming up with ideas to tackle the most pressing challenges facing the world’s rapidly expanding cities.

CUBO a project initiated by Earl Patrick Forlales from the Philippines wins Cities for our Future competition run by RICS (the Royal Institution of Chartered Surveyors) in partnership with the United Kingdom National Commission for UNESCO and the Association of Commonwealth Universities. CUBO houses can be manufactured in a week, constructed in four hours and cost £60 per square metre.

Twenty-three-year-old Earl Forlales, a graduate in material science engineering was awarded the Cities of our Future prize for his use of low-cost, sustainable material, and the speed at which it could be constructed. He took inspiration from the bamboo hut his grandparents lived in outside Manila.

Sean Tompkins, RICS Global CEO said: “Our aim with the Cities for our Future competition was to harness the ideas of our diverse and talented young people to help solve the challenges of the cities they care about and make them better for generations to come. We hope that the leaders of the world’s cities are listening and will work with us and all of our shortlisted entries to make these ideas a reality and help tackle some of the most pressing issues facing their cities.”

The competition run by RICS (Royal Institution of Chartered Surveyors) to mark its 150th anniversary offers a prize of £50,000 for the global winner to help implement their idea.

Dr Beth Taylor, Chair of the UKNC for UNESCO, said:

“As more and more of the world’s population become city dwellers, finding ways to meet the United Nations’ Sustainable Development Goal 11 – Sustainable Cities and Communities – has never been more important.”

With three million people moving to cities every week, the growth of the urban population is one of the biggest challenges facing society today. This rapid expansion is putting ever more strain on urban infrastructure and services in the Philippines. Many city dwellers live in slums or poor quality housing; many put up with poor air quality and inadequate transport links. 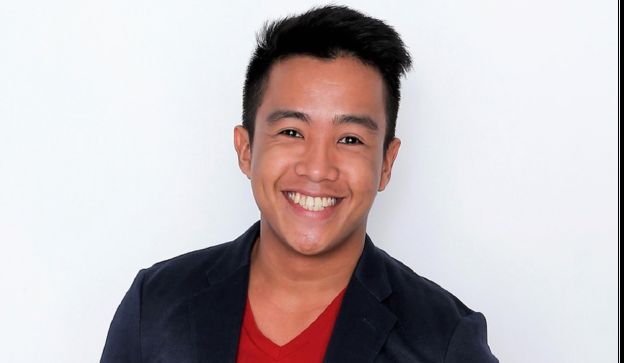 CUBO envisions a Philippines with no slums.

Founded by materials engineer, Earl Patrick Forlales, CUBO’s design system is needed now more than ever – easy to manufacture, easy to set up, and affordable – and applicable not just in the Philippines but other parts of the world as well.

When he was a child, Earl would visit his grandfather on his provincial farm in the Philippines and stay in a traditional bamboo dwelling. “I loved going there. It is an essential part of the Filipino childhood experience.”

The 23-year-old’s childhood memories are the inspiration for Cubo, his modular bamboo housing system that aims to provide an affordable and environmentally sustainable alternative to slum housing for poor workers in the sprawling capital city Manila.

About the Winning Project, CUBO

The high numbers of people moving to Manila in search of job opportunities is causing overcrowding in a city that is already suffering from a housing crisis, forcing many to live in illegal settlements and slums. CUBO, is a low-cost, modular and expandable house, made of local bamboo. CUBO is a 3 by 4 metre house, composed of a bedroom, bathroom, kitchen and dining-living room. Made from locally-sourced bamboo, an abundant material that has strength capabilities similar to steel yet costs only £2 a pole, the structure is low-cost and durable. The use of bamboo, which releases 35% more oxygen into the environment than trees, was praised by the judges. The ability of the houses to be constructed in any bamboo-producing area was one of the key attractions.

CUBO is a dignified and well sized home, which can be constructed within 4 hours of the installation team arriving on site. Multiple homes can be configured together in multiple arrangements to allow residents to take advantage of communal kitchens, bathrooms or offices and foster a sense of community in the areas in which they are built.

CUBO can easily be applied in areas across South East Asia, Latin America and Africa and based on current forecasts could be rented for £0.20 per day, meaning each unit would turn a profit within 5.1 years. The cost of £0.20 per day also represents a significant saving over existing rental alternatives available in Manila and makes the unit affordable for even the city’s lowest paid workers. Constructing these houses near to areas with employment opportunities could provide easier access to the job market.

‘Earl’s proposal for a low cost housing solution to improve the lives of workers in the Philippines has significant potential application in all emerging markets. It is a well-considered and feasible solution, incorporating sustainable and environmental initiatives, together with improvements that have been developed into a robust business case worthy of consideration. Earl has articulated a clear vision about investing the proceeds from this challenge to realise the potential of his proposal to help address a very significant and common problem in expanding cities.’

Earl has already identified a suitable area of land to start building his CUBO houses. He plans to begin work next year with experts from RICS in an attempt to help relieve the huge pressures on housing in Manila, where a third of the 12 million population live in slums.

John Hughes, the competition head judge and RICS president, said: “The world’s cities are growing all the time and there is a real need to make sure they are safe, clean and comfortable places to live for future generations. Earl’s idea stood out for its simple yet well thought through solution to the world’s growing slum problem.”

Earl Forlales said: “This is a huge step forward to helping the people of Manila. The state of housing in the city is at crisis point, and will undoubtedly get worse with this new influx of workers. CUBO started as nothing more than an idea, conceived while spending time at my grandparent’s house – it is incredible to think that it now will become a reality. I would like to thank RICS for the opportunity to develop the idea, and look forward to working with them to put this money to good use in Manila, and then hopefully elsewhere around the world.

Dr Beth Taylor, a competition judge and the Chair of the UK National Commission for UNESCO, said: “One of the reasons Earl’s entry stood out from the other finalists was through its use of traditional, sustainable technologies and materials, to solve an issue facing modern cities across the world.”

Read more about Sustainable Development and Prizes, from our long reads to our short stories and portraits.

Heritage and Our Sustainable Future: Research, Practice, Policy and Impact

Heritage and Our Sustainable Future Conference 2021

Back to Jodrell Bank