The Story of the Lovell Telescope by UNESCO. 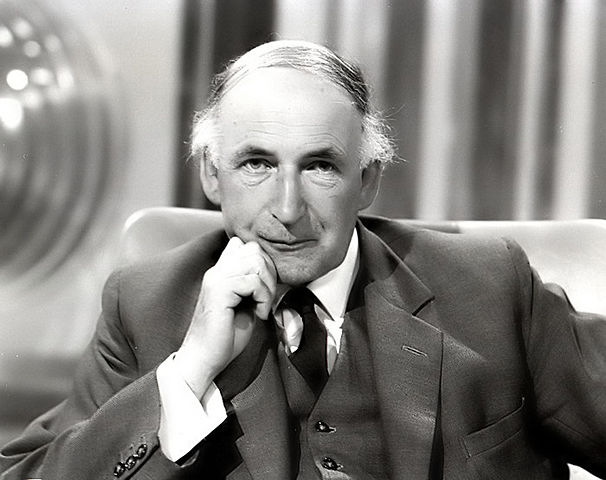 Sir Alfred Charles Bernard Lovell OBE FRS, born on 31 August 1913, was an English physicist and radio astronomer. He was the first Director of Jodrell Bank Observatory, from 1945 to 1980.

BORN: 31 August 1913
DIED: 6 August 2012
FIELD: Astronomy, Physics
ANECDOTE: In 2009, Lovell claimed he had been the subject of a Cold War assassination attempt during a 1963 visit to the Soviet Deep-Space Communication Centre (Eupatoria). Lovell alleged that his hosts tried to kill him with a lethal radiation dose because he was head of the Jodrell Bank space telescope when it was also being used as part of an early warning system for Soviet nuclear attacks. (source: The Telegraph. 22 May 2009)

The most prominent feature of the Observatory is the Lovell Telescope, the largest fully steerable radio telescope in the world on completion in 1957, and which still operates as the third largest on Earth. The Telescope stands, to this day, as both an international icon of science and engineering, and as a working research instrument that inspired the construction of others around the world. It now constitutes a huge, internationally-recognised, public landmark. While it is the most iconic part of the site, it becomes universally significant when combined with the other sites at Jodrell Bank.

The Telescope, which is a Grade I listed structure (by Historic England), stands 89 metres high (the same height as the Big Ben clock tower in Westminster) dominating the Cheshire plains. The Telescope was conceived by Sir Bernard Lovell, founder of the Jodrell Bank Observatory, and designed by engineer Charles Husband. The main reflector dish is a colossal 76 metres in diameter and is paraboloid in shape.

Huge engineering challenges included how to move 2,000 tonnes with accuracy at a quarter of an inch per minute, how to avoid resonance frequency (that had destroyed the Tacoma Narrows Suspension Bridge in 1940), and how to compensate for the changing weight distribution as the dish was tilted and it turned. Having successfully overcome these challenges, the Lovell Telescope’s extraordinary and innovative design has been copied all over the world. 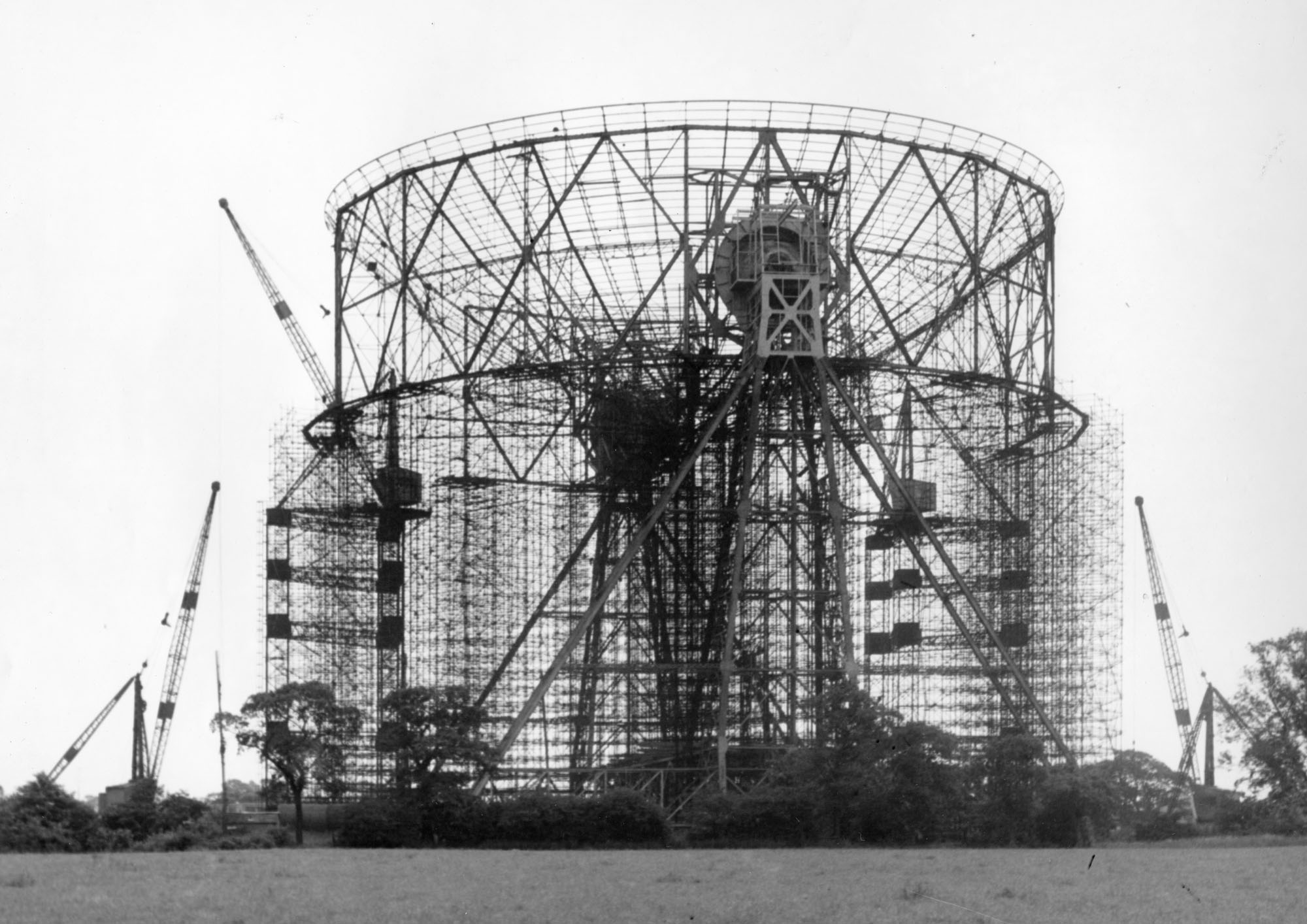 CONSTRUCTION OF THE LOVELL TELESCOPE

The Lovell Telescope was built in 1957. Photo courtesy of Jodrell Bank. 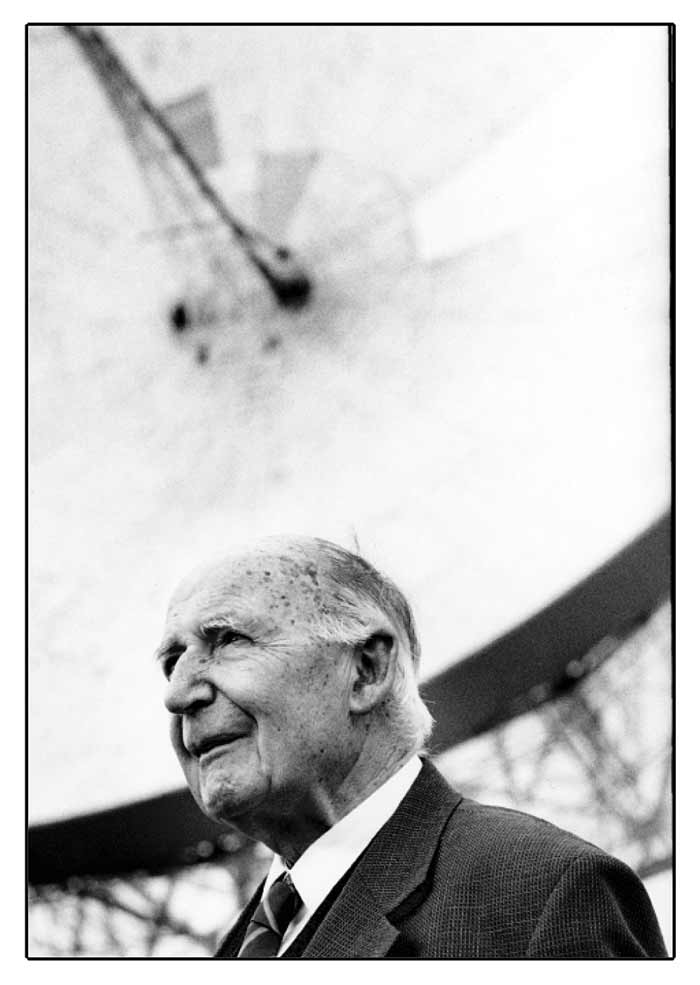 The Lovell Telescope operated without major alterations for well over 10 years. It was involved in an enormous range of work (much not envisioned at the time of building), including study of meteors, the moon and planets, the aurorae, the ionosphere, deep space radio sources, interferometry and the measurement of the size of distant radio sources, as well as the tracking and control of Russian and American early spacecraft, laying the foundations for the first manned moon landing on 20 July 1969.

On 12 September 1959, at the request of the Russians, the Lunik II rocket was tracked to the moon, and in the control building JG Davies measured the Doppler shift caused by the moon’s gravity. This technique was used in all subsequent tracking of moon approaches.

While the Lovell Telescope was built to detect radio signals from the universe, within two months of it opening, it was used to track the Soviet Satellite, Sputnik, race across the sky. 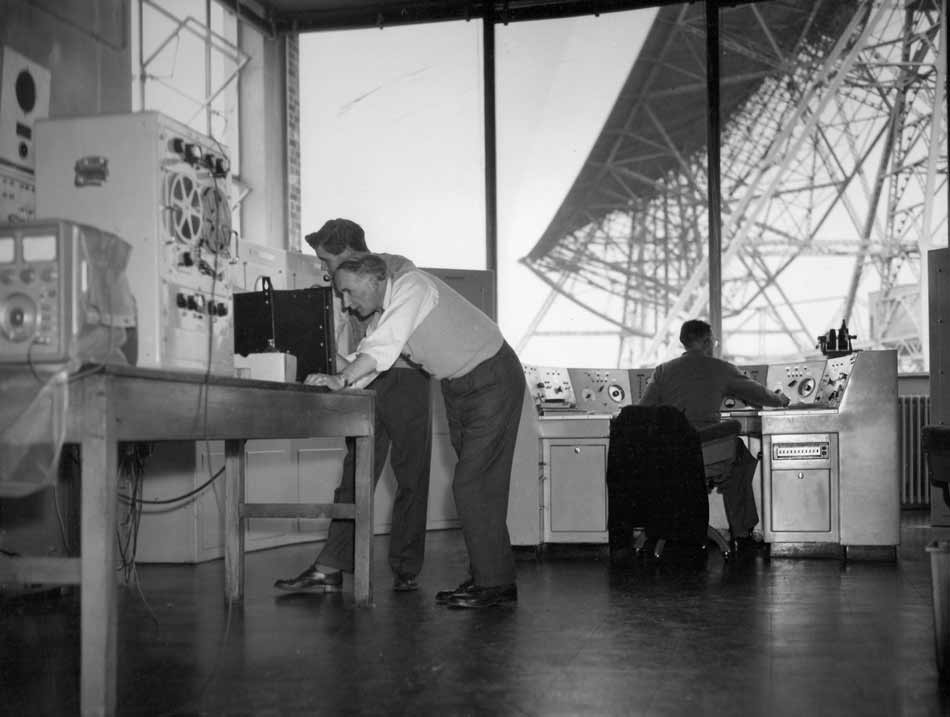 BERNARD LOVELL AT WORK AT THE LOVELL TELESCOPE

The Lovell Telescope has proved tremendously adaptable and continues to perform at the forefront of scientific discovery. Photo courtesy of Jodrell Bank.

The Lovell Telescope was the world’s largest steerable dish radio telescope when it was constructed in 1957.

AMOUNT OF PAINT FOR 3 COATS:

Read more about Jodrell Bank, from our long reads to our short stories and portraits.

THE FUTURE OF JODRELL

Read more about the First Light Project and the new pavilion at Jodrell Bank.