Professor Samar Hasnain represents the UK Government on the SESAME Council, was the Inaugural Chair of the Beamline Advisory committee for nine years and has shaped the development of experimental facilities here in a bid to unify nations through scientific research.

Samar Hasnain is a structural biologist with over 45 years of Synchrotron Radiation experience. He has contributed heavily to the development of experimental facilities at SESAME, a research laboratory in Jordan with the goal of uniting Middle Eastern countries through science and was appointed Chair of the Proposal Review Committee for SESAME in 2016 where he led those assessing the proposals for access to the state-of-the-art facilities.

Further to his applications of science to initiatives bringing nations together, Samar works to increase opportunities for undertaking cutting edge science and has an extensive record as an academic in the field of molecular biophysics. Having obtained a PhD in experimental Physics from the University of Manchester in 1976 on molecular crystals using synchrotron radiation at NINA, he joined DESY in Hamburg as a Fellow working on the Storage ring Synchrotron Radiation Facility.

In 1979, Professor Hasnain joined the UK’s effort of establishing the world’s first dedicated synchrotron radiation source (SRS) as a full-time scientific staff member of the Daresbury National Laboratory. Ten years later he established the Molecular Biophysics group here, before eventually moving to the University of Liverpool as Max Perutz Professor of Molecular Biophysics in 2008.

As a tribute to the Nobel Prize Winner Charles Glover Barkla, Samar named his laboratory here the Barkla X-ray laboratory of Biophysics due to its links with the Rontgen rays (X-rays) that helped to start the field of X-ray Crystallography. Here he works to understand the complexities of biological systems using x-rays from synchrotron sources and X-ray Free Electron Lasers.

As well as his vast experience within the academic research world, Samar is the founding Editor of the IUCr’s Journal of Synchrotron Radiation (1993). He has also acted as the Editor-in-Chief of the IUCr Journals for a 6 years term (2012-2018) during which he launched the IUCr’s flagship journal IUCrJ in 2014 to mark the International Year of Crystallography’.

“I would like to thank the STFC for this generous donation to the SESAME Project. I am delighted that this equipment will go to a project that unites the participating nations, enabling them to work together.

Professor Samar Hasnain, is the UK Representative on the SESAME (Synchrotron-Light for Experimental Science and Applications in the Middle East) Council

University of Karachi
Bachelor of Science 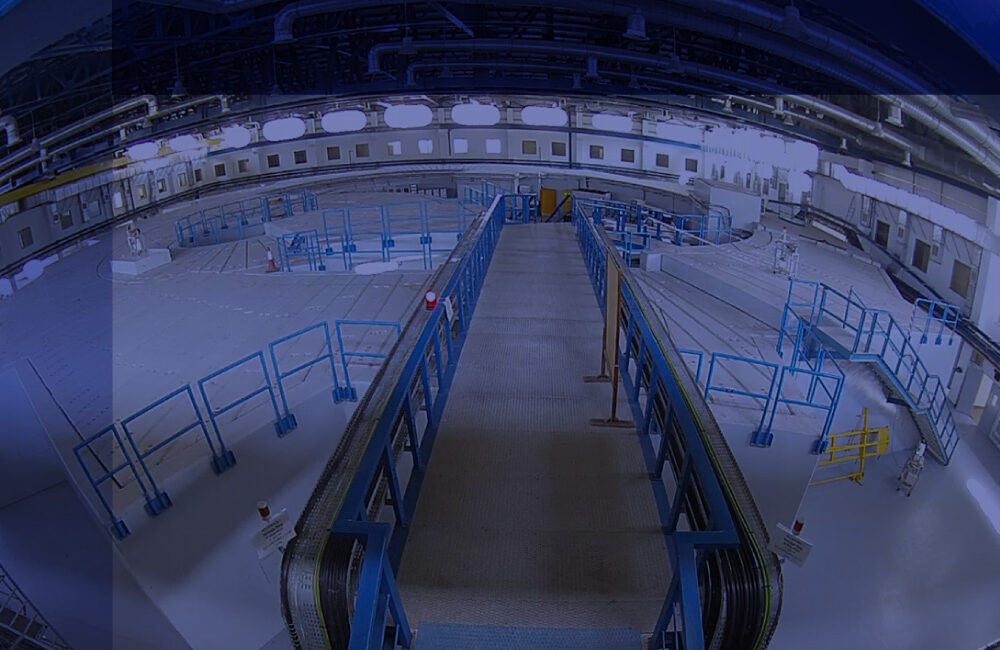 SESAME is an experimental lab and council based in Jordan, where researchers from the Middle-East come together to investigate the properties of an assortment of products including advanced materials, biological machines sustaining life and cultural artefacts.

More about the SESAME

Read some of Samar’s published work on our website, as well as other material, news and articles

Synchrotron science in the UK: NINA, the SRS and Diamond
2019
#SynchotronRadiation

The development of synchrotron science over the last 50 years is reviewed from the perspective of the authors’ own scientific programmes.

Learn about the techniques that researchers use in order to visualise minuscule structures in the biological world. As technology advances, increasingly small and complex systems are becoming discoverable.

Developed under the auspices of UNESCO, SESAME is a research lab established as an autonomous international research centre in the Middle East/Mediterranean region.